A little pickup to lift your spirits

Need a little break from the heavy of today, here is a bonafide fun little bit to lift your mood…

“In every walk with nature, one receives more than he seeks” ~ John Muir

Recently, one of the shepherds here locally remarked that the preaching I had been doing over the last couple of years was in his estimation the best i‘ve done over our time working together. It’s my hope that he and all those who hear or follow after my efforts are able to say that every year. Now it may be that I have made some serious leaps recently or I was just not that able to start with… But we need to be a growing people in all aspects of our life.
2 articles I read today reinforced what I have been using to drive my own growth as a christian, father and preacher.

Make today the day you change course for the better.

In my ongoing quest to improve my use of Visual Media this year, I’ve spent some time the last few weeks working with a few of my available software option to blend Stock Photos with my text.

In the past I relied on an older version of Photoshop Express, but alas that will no longer work with the version of Windows on my PC. I toyed some with the trial version of the newest Photoshop and with some of the free online options that abound, but to little long term value. I like photoshop but am unwilling to spring for the membership system they use at present. The online versions just do not let me do anything in a way that makes sense. So I have been using the image editing tools inside of PowerPoint. They are not great, but they do offer one key tool. The eyedropper.

If you don’t know what it is, you really should learn to use it. It allows you to “sample” a color anywhere on your slide and use that color for your texts, graphics, etc. It’s a fast and easy way to smoothly tie together your charts to fit a theme slide.

if you use an older version of PPT, look here:

dump in crockpot for about 6 hours

Over the years I have noticed a personal tendency (and with a survey of some of the video casts of sermons online I follow, I’m not alone) to fall towards a really poor presentation habit. I often read important facts and details off my charts. It is with this in mind that I chose to make a focused study for this year that should help me restrain from doing so.

Years ago I stuck up a dialogue with then blogger, now published author Garr Reynolds (the earlier book I mentioned is the byproduct of his old blog posts)

They are still relevant today, and for me will form the backbone of what I’m trying to accomplish.

(Keep in mind his context, Venture Capital, is not our context)

“If “thirty points,” is too dogmatic, the I offer you an algorithm: find out the age of the oldest person in your audience and divide it by two. That’s your optimal font size.”

Letter to the Officers of the First Brigade of the Third Division of the Militia of Massachusetts, 1798, James Adams

While our country remains untainted with the principles and manners which are now producing desolation in so many parts of the world; while she continues sincere, and incapable of insidious and impious policy, we shall have the strongest reason to rejoice in the local destination assigned us by Providence. But should the people of America once become capable of that deep simulation towards one another, and towards foreign nations, which assumes the language of justice and moderation, while it is practising iniquity and extravagance, and displays in the most captivating manner the charming pictures of candour, frankness, and sincerity, while it is rioting in rapine and insolence, this country will be the most miserable habitation in the world. Because we have no government, armed with power, capable of contending with human passions, unbridled by morality and religion. Avarice, ambition, revenge and licentiousness would break the strongest cords of our Constitution, as a whale goes through a net. Our Constitution was made only for a moral and religious people. It is wholly inadequate to the government of any other. Oaths in this country are as yet universally considered as sacred obligations. That which you have taken, and so solemnly repeated on that venerable ground, is an ample pledge of your sincerity and devotion to your country and its government.

Dear Ivan, why so angry? 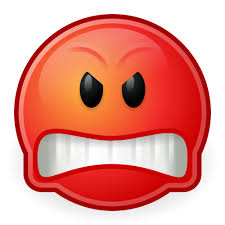 (Recent “spam” er Phishing mail I received below, my response: Dear Ivan, why so angry?

Attention:
You are to contact the U.S. Department of Homeland Security (DHS) Washington, D.C to obtain your Clearance Certificate, find below their contact information’s:

Ensure you contact (DHS) with your Full Name, Address and phone number/cell number.
Contact the DHS via Email with the information above immediately, once you contact them I will get back to you or else I will have an agent come visit you at home for questioning.

You are hereby advised to Contact them through the email address above to make an inquiry concerning how you will send the official fee to them. Note that you are to observe this immediately, if you really want your funds to be credited to your personal bank account and to avoid any legal battle with the security operatives over this matter. We have already informed the DHS about the present situation go ahead and contact them immediately.
Your funds are under our custody and will not be released to you unless the required document is confirmed, after that the fund will be release to you immediately without any delay.

NOTE: We have asked for the above document to make available the most completed and up-to date records possible for no criminal justice purposes. The documents will clarify the intensity of this fund; exonerate it from money laundry, scam and terrorism.

WARNING: Failure to provide the above requirement in the next 24 hours, legal action will be taken immediately by arresting and detaining you as soon as international court of justice issues a warrant of arrest, if you are found guilty, you will be jailed as terrorism, drug trafficking and money laundering is a serious problem in our community today and the world at large. The F.B.I will not stop at any length in tracking down and prosecuting any criminal who indulges in this criminal act. Nobody is above the law and the law is not a respecter of anybody. We presume you are law abiding and would not want to have scuffles with the authority, in and outside of the United States.

We are charged with the responsibility of implementing legal norms and our authority is irrevocable so don’t dare dispute our instruction, just act as instructed. The person you know will not help you in this matter rather abide by this instruction. The funds in question were deposited by those people that contacted you.

Note: You are to contact DHS with your full names, phone number/cell number and full address via the email which I stated above immediately, for the processing of your Clearance Certificate within the next 48 hours.

Where should I get proper training in the employment of a firearm?

Houston… I think we have a…

and Barnabas ministry to pastors.

Exploring that place where we meet Christ

They hymned their King in strains divine; I heard the song and strove to join.