Letter to the Officers of the First Brigade of the Third Division of the Militia of Massachusetts, 1798, James Adams 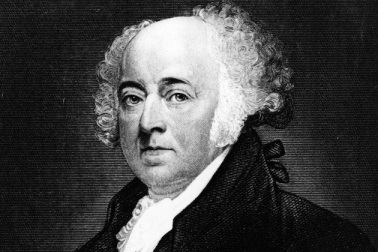 While our country remains untainted with the principles and manners which are now producing desolation in so many parts of the world; while she continues sincere, and incapable of insidious and impious policy, we shall have the strongest reason to rejoice in the local destination assigned us by Providence. But should the people of America once become capable of that deep simulation towards one another, and towards foreign nations, which assumes the language of justice and moderation, while it is practising iniquity and extravagance, and displays in the most captivating manner the charming pictures of candour, frankness, and sincerity, while it is rioting in rapine and insolence, this country will be the most miserable habitation in the world. Because we have no government, armed with power, capable of contending with human passions, unbridled by morality and religion. Avarice, ambition, revenge and licentiousness would break the strongest cords of our Constitution, as a whale goes through a net. Our Constitution was made only for a moral and religious people. It is wholly inadequate to the government of any other. Oaths in this country are as yet universally considered as sacred obligations. That which you have taken, and so solemnly repeated on that venerable ground, is an ample pledge of your sincerity and devotion to your country and its government.

and Barnabas ministry to pastors.

Exploring that place where we meet Christ

They hymned their King in strains divine; I heard the song and strove to join.